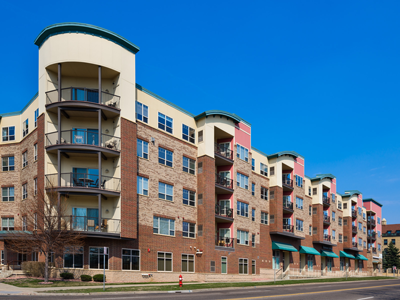 The Cushman & Wakefield team of Director Lance Steiger and Associate Robert Dulin represented Catholic Eldercare in the $10.9 million sale of 52 apartment units in the 1101 on Main building in Northeast Minneapolis. The sale closed July 29.

Steiger and Dulin sold 52 of the 56 units in the building, at 1101 Main St. NE, just east of the Mississippi River and a few blocks south of the Northeast Minneapolis Arts District. The property, previously known as the Crescent Trace Condominiums, had been operating primarily as rental units since Catholic Eldercare purchased the building in 2009. Four of the units in the building remain under independent ownership. Retail on the property’s ground floor was not included in the sale.

“This was a complex transaction, but we received significant interest from a range of local and national investors,” said Steiger. “The property sits in an ideal urban location, is well maintained and appeals to a wide variety of renters.”

The buyer, local apartment investor Scott Weber, plans to run the property as an apartment complex.